This unusual winter appears over, and spring comes late but suddenly. Based on the forecast models, we predict that stripe rust will potentially cause yield loss of 16% on highly susceptible varieties. This level is much lower than the 38% forecasted in January, due to the cold February. Based the current forecast, stripe rust will likely be in the low epidemic range (0-20% yield loss). According to this prediction, the most “susceptible” commercially grown varieties, such as Xerpha, Eltan, SY 107, and Keldin, will likely to have up to 8% yield losses, which may need fungicide application, while the majority of varieties that are rated 1 to 4 may not need fungicides.

No stripe rust was found in the field survey yesterday

Yesterday, we were checking wheat fields in Garfield, Columbia, Walla Walla, Benton, Franklin, Grant, Lincoln, and Adams counties. Thanks to the warm weather this week, most fields came out from the snow. Wheat plants range from Feekes 1 to 5, but has not re-grown yet (Figure 1). The snow cover from the second week of February to last week protected wheat plants from winter kill. Winter injure was found only spotted and mostly on leaf tips. Spotted snow mold and wireworm damage were found in Horse Heaven Hills of Benton County and Grant County. No stripe rust was found in any of the checked fields, probably due to the relatively low infection in the last fall. Stripe rust fungus that got into leaf tissues last fall should have survived the coldest February but under protection of snow cover. 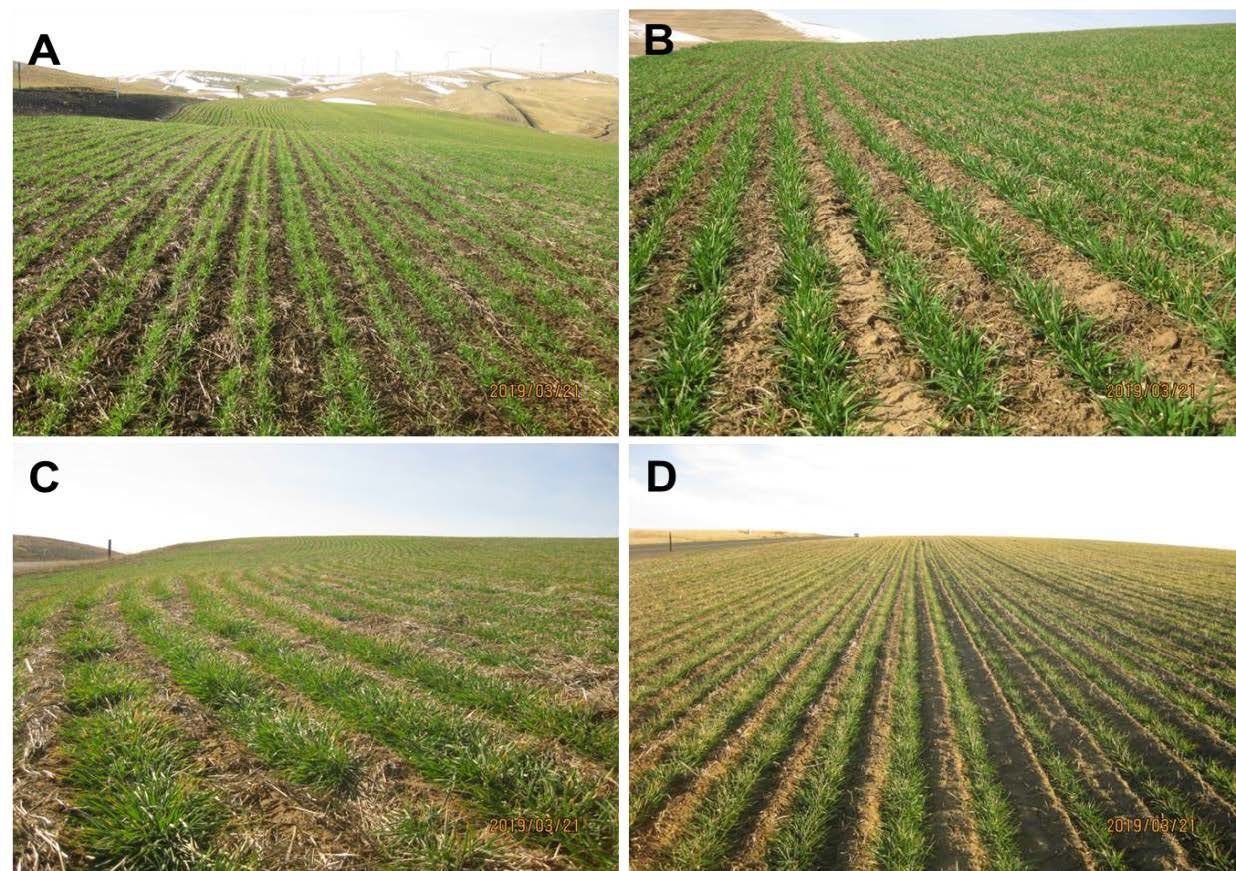