Yesterday, we were checking wheat fields in Whitman, Lincoln, Douglas, Grant, Adams, Franklin, Benton, and Walla Walla counties of Washington.  Winter wheat crops ranged from Feekes 3 to 6.  No rust was found in any commercial fields in these counties.  Even in the field of Grant County in which stripe rust was found quite easily last November, stripe rust was not found, indicating that the cold winter has killed rust.  However, we found stripe rust on susceptible varieties in our experimental field in Walla Walla.  In this less than a half-acre field, we were able to find five separate infection sites, each with 2-4 low leaves having active stripe rust pustules (Figure 1), indicating that the plants were infected last fall and stripe rust fungus has survived the winter in this area.  Compared to the last year, the appearance of stripe rust in Walla Walla is much later and in a much lower level. 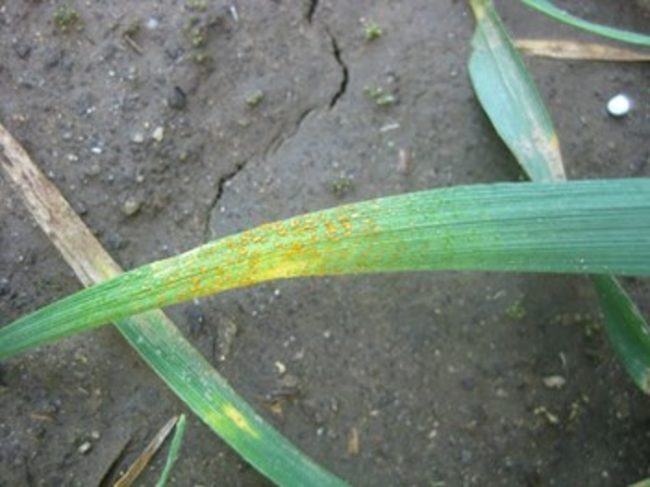