Skip to main content Skip to navigation
Posted by jason.sprott | May 10, 2019

At Central Ferry (Garfield Co.), severe stripe rust was found on squirreltail (wild rye) grass (Elymus elymoides) (Figure 1) and bluebunch wheatgrass (Pseudoroegneria spicata).  In the past, stripe rust from these grasses were identified mostly stripe rust races commonly found on wheat plants or sometimes as unique wheat stripe rust races with very narrow virulence spectra.  Such a high severity level indicates that stripe rust infected plants in the last fall, might spread during the early warm winter, survived the cold February, and has been developing since February.  In contrast, no stripe rust was found in the winter wheat breeding nurseries at the same location, even though we were looking hard.

We stopped at our stripe rust nursery field in Walla Walla.  Stripe rust has developed a little bit since our last visit on April 17, slower than usual for three months.

At the Hermiston Experimental Station (Umatilla Co., OR), we checked the stripe rust monitoring nursery together with Dr. Ruijun Qin of Oregon State University.  Stripe rust was very easily found on many wheat entries (Figure 2).  Some entries had up to 30% severity from bottom to middle canopy.  This location had the most severe stripe rust on wheat plants.

This morning, I was checking fields around Pullman (Whitman Co.).  Stripe rust was found in one of our experimental winter wheat fields (Figure 4).  The incidence was much less than that of this time in the last year.  This is the first observation of stripe rust in the Palouse region.

Overall, stripe rust is still low compared to this time of the last year.  Based on the current forecast, the weather in May will be dry, and dry and hot throughout the summer.  Such weather conditions will generally keep stripe rust pressure at a low level.  However, the relatively good soil moisture will generate dew for several weeks, although at short duration and low levels if without precipitation.  Such conditions will allow stripe rust developing although at a relatively low speed, compared to the highly wet conditions of May in the last year.  Fields planted with susceptible or moderately susceptible varieties may need fungicide application, but it would be better to check fields and use fungicides when stripe rust is found.  Fields planted with resistant or moderately resistant varieties may not need fungicide application. 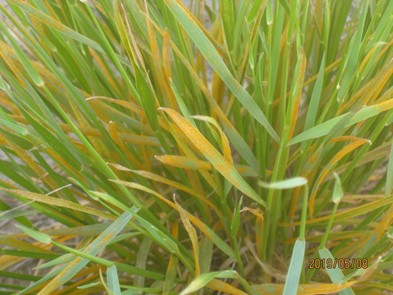 Figure 1.  Stripe rust observed on grass Elymus elymoides in Central Ferry on May 8, 2019 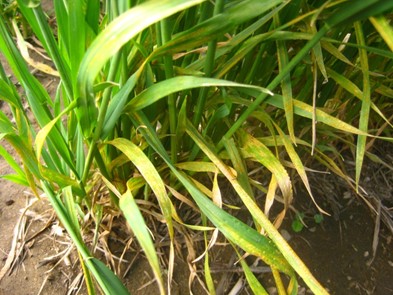 Figure 2.  Stripe rust observed on wheat plants in Hermiston on May 8, 2019 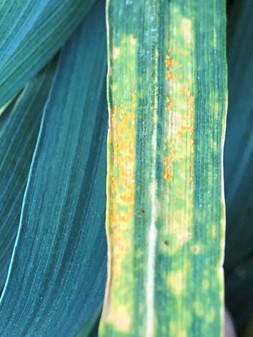 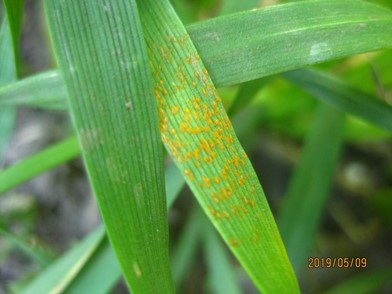