Yesterday, we were checking wheat fields in Whitman, Adams, Lincoln, Grant, and Douglas counties in Washington yesterday.  Winter wheat ranged from emerging (before Feekes 1) to early jointing (Feekes 5).  Among more than 30 fields with wheat plants in the growth range of Feekes 3 to 5, stripe rust was observed in three fields, one in Lincoln County (Figure 1) and two in Douglas County (Figure 2).  In the three fields, stripe rust was found quite easily.  No rust was found in any other fields.  The observations indicate higher stripe rust infection in eastern Washington than normal levels around this time of year.  The observed fall infection was not as widespread as in the November of 2016, but higher than the November situations in 2017 and 2018.  The relatively high level of infection of this fall was due to the high precipitation in September and October.

Stripe rust in wheat plants in the fall may not all survive this winter.  How well rust is going to survive will depend upon the temperatures and snowfall during the winter.  We will make stripe rust forecasts in January and March based on the weather conditions of this winter. 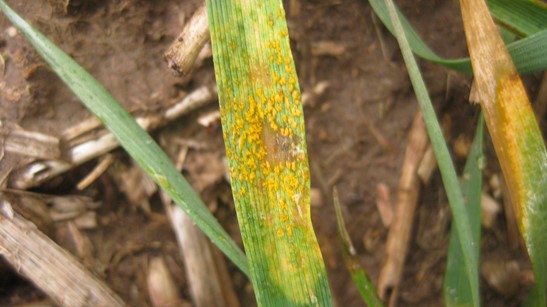 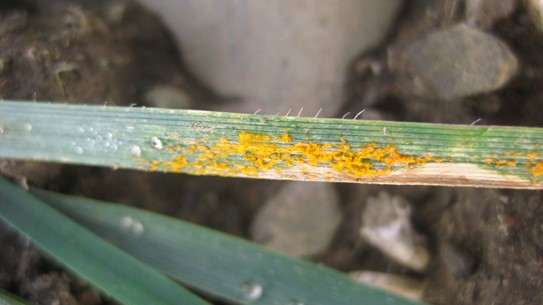