Based on the predication models using the weather data from November 1, 2019 to February 29, 2020, wheat stripe rust is forecasted to be in the severe epidemic level range (40-60% yield loss) in the 2020 growing season.  The models predicted highly susceptible varieties to have 44% to 53% with an average of 48% yield loss.  This number is higher than the 44% forecasted in January based only on the November-December weather conditions.   According to this prediction, susceptible and moderately susceptible commercially grown varieties will likely to have up to 24% yield losses.

Stripe rust was found in eastern Washington and Oregon

On February 26, we were checking wheat fields in Lincoln, Douglas, Grant, Adams, Franklin, Benton, and Walla Walla counties of Washington.  Wheat was still dormant in Lincoln and Douglass counties, but has started growing in other counties, especially in Benton and Walla Walla counties.  We found one leaf with active stripe rust (Figure 1) in a field in Lincoln County, where we easily found stripe rust in last November.   We did not find rust in Douglass County, even in the fields where we easily found stripe rust in last November.  No stripe rust was found in other counties, except in our experiment field near Walla Walla.  When we arrived at the field, it was already dark but we managed to find stripe rust on the susceptible check variety with cell phone light.  One spot had 3-4 leaves producing active rust spores (Figure 2). 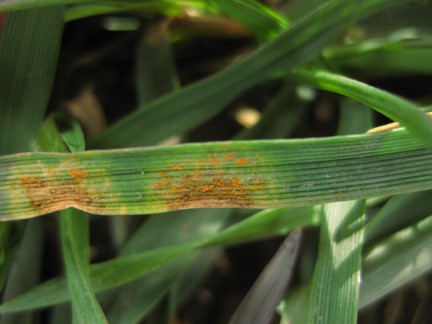 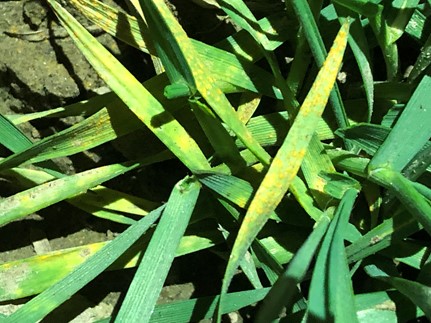 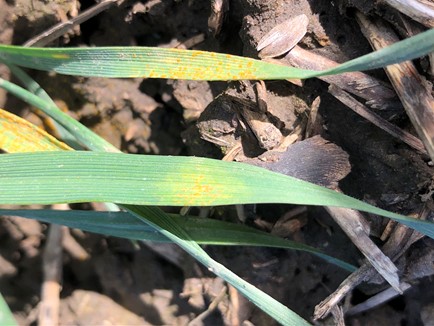 As stripe rust will be likely severe, planting spring varieties with ratings 1 to 4 may void using fungicide.

In addition to Oregon and Washington, stripe rust has been reported in Louisiana.