Skip to main content Skip to navigation
Posted by jason.sprott | May 8, 2020

Today, I was checking stripe rust in our winter wheat experimental fields around Pullman (Whitman County in Washington) and found stripe rust on susceptible check varieties in two of the three locations.  This is the first observation of stripe rust of this season in the Palouse region.  The same fields were checked on April 22 and 24, but no rust was found.  In today’s observations, rust was on low leaves, indicating that the infections occurred last fall and overwintered.  The rust incidences were below 1%, but actively producing spores (Figure 1).  The time of rust appearance is about normal for the Palouse region and about one week earlier than the last year.  In the same location, only one infection spot was found on May 9 last year, but today I found more than 20 rusting leaves, indicating relatively high rust pressure compared to the last year.

With the recent moisture and possible precipitation tomorrow, as well as the forecasted temperature conditions, which are conducive for stripe rust producing spores and infecting wheat, stripe rust will develop fast.  Winter wheat fields planted with susceptible or moderately susceptible varieties (ratings 5-9) should be sprayed with fungicide, if the fields have not been sprayed.  Similarly, susceptible or moderately susceptible spring wheat fields should be sprayed at the time of herbicide application. 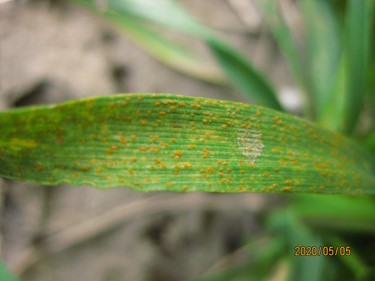 Figure 1.  Stripe rust observed in an experimental field near Pullman, Washington on May 5, 2020.