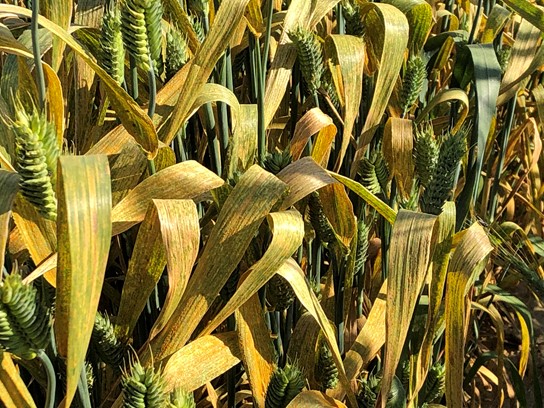 This morning, I was checking fields around Pullman (Whitman Country), Washington.  Stripe rust has developed fast over the last two weeks in our experimental fields.  Winter wheat ranged from boot to heading stage, and spring wheat from late tillering (Feekes 3) to early jointing (Feekes 5).  Stripe rust was up to 50% incidence and averaged 20% severity on susceptible winter wheat varieties (Figure 2).  In spring wheat nurseries, stripe rust was easily found in all sites (Figure 3). 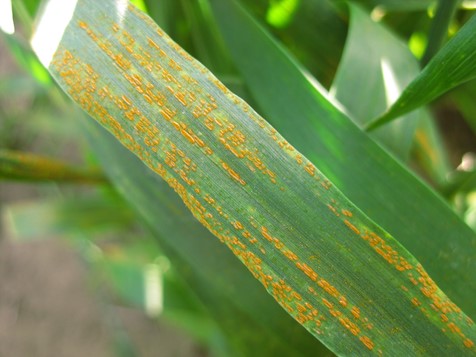 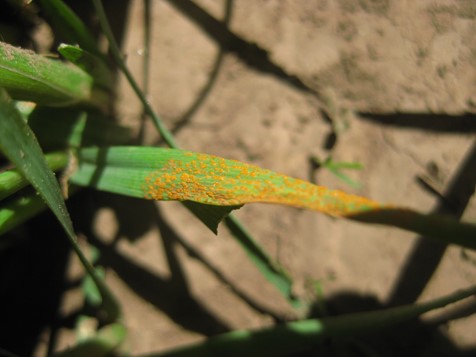 Chris Mundt reported that winter wheat variety ‘Bobtail’ had more stripe rust than ever before in experimental fields in Corvallis (Benton County) Oregon.  We did not see any rust on Bobtail in the nurseries in the nurseries at Hermiston, Oregon and Walla Walla, Washington.  Bobtail has been highly resistant to stripe rust until Chris’ observation.

As the weather conditions has been conducive for the past two weeks and will continue to be favorable for stripe rust in the next two weeks.  Please check wheat fields for stripe rust.  For winter wheat, if active stripe rust is present and the crop is before flowering, fungicides can be used.  For fields planted with moderate susceptible to susceptible spring varieties (stripe rust ratings 6 to 9), fungicide should be applied at the herbicide application time.  If already applied, check fields again about three to four weeks after the application, second application may be needed if stripe rust develops again and the crop is before flowering.