Winter wheat has reached maturity, and harvest has started in central and south-central Washington.  In the Palouse region in eastern Washington and northern Idaho, winter wheat ranged from milk to soft dough stages, and spring wheat ranged from flowering to milk.  Stripe rust has reached 100% severity on susceptible varieties of spring wheat in our experimental fields in all locations across Washington (Figure 1).  Barley stripe rust reached 60-80% severity on susceptible spring barley varieties in all our experimental fields across locations throughout Washington.  In the Palouse region, stripe rust infection could be easily spotted in most winter (with green plants) and spring wheat fields, mostly as necrotic stripes that are either resistant reactions or stopped by fungicides, with low severity and incidence of active rust pustules in few fields.  Low incidence of stripe rust was found in one spring barley field.  In general, stripe rust is under control and the rust season is over. 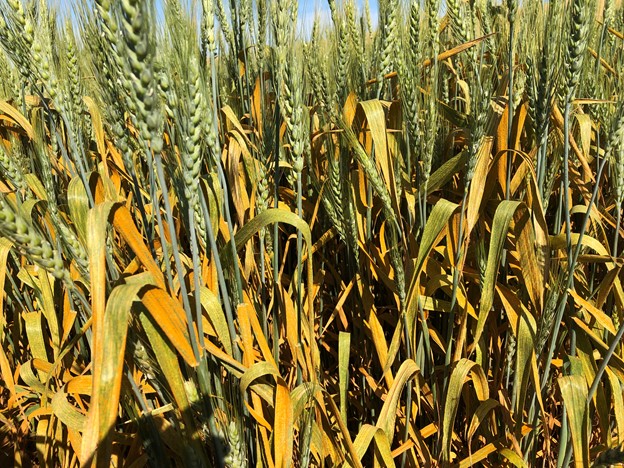 Figure 1. Severe stripe rust on a susceptible spring wheat variety in an experimental field near Pullman, Washington (pictured on July 16, 2020)

The high stripe rust pressure of this growth season should remind growers to choose varieties with high level of resistance to stripe rust (ratings 1 to 4) to grow in the next growth season.

Stem Rust in the Palouse Region

Stem rust has been found on few winter wheat varieties in breeding nurseries on the Spillman Farm near Pullman, Washington (Whitman County).  This morning, I found stem rust in one commercial winter wheat field near Palouse, about 15 miles northeast of Pullman (Figure 2).  So far, we have not seen stem rust in our experimental fields of winter wheat, winter barley, spring wheat, and spring barley around Pullman.  We expect that stem rust may occur in more spots in the Palouse region, but should not become a major concern for yield reduction. 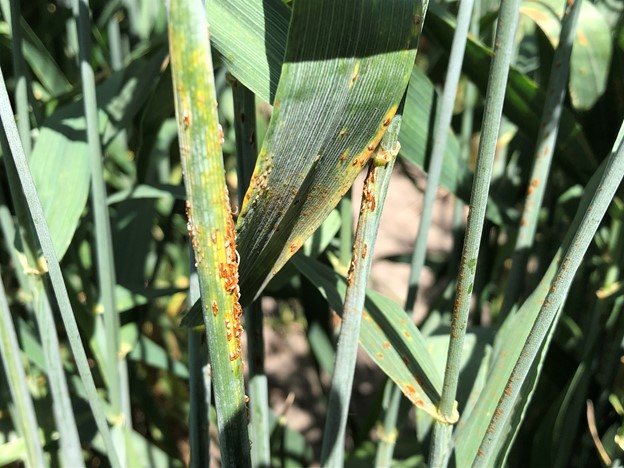