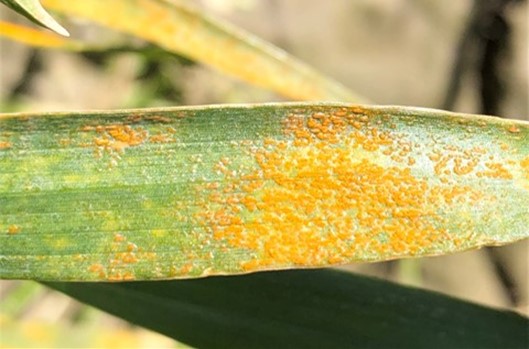 On April 15, we were checking winter wheat fields in the Horse Heaven Hill area in Benton County, Walla Walla County, and Columbia County in the eastside of Washington States. Winter wheat ranged from Feekes 3 to 6.  No rust was found in any commercial fields.  Stripe rust was found on a susceptible check variety at several spots, but mainly at the low leaves in our stripe rust monitoring and screening nurseries near Walla Walla (Figures 2).  At this location, stripe rust was observed at a similar level on February 26 of the last year, and similar levels of stripe rust are normally seen in the first or second week of March.  We did not find any rust in our previous check of this nursery site on March 9 of this year.  So, stripe rust in Walla Walla started more than one month later than normal and about seven weeks later than the last year. 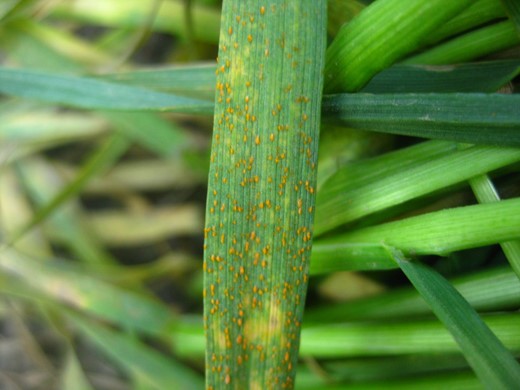 Stripe rust has not been reported in Oregon and Idaho. When checking our monitoring nurseries at Hermiston, OR yesterday, we did not find any rust.

As stripe rust was forecasted low and the pressure is currently low in the PNW, fungicide application is not recommended in the early growth season for winter wheat in the eastside PNW, unless stripe rust is observed in fields.

In addition to Washington State, wheat stripe rust has been reported so far in Louisiana, Texas, and Oklahoma.  The disease may spread further north in the Great Plains and to the eastern states.