On April 13 and 14, we were planting spring cereal nurseries and taking the first notes of the winter nurseries at Mount Vernon, Washington.  The winter plants were at jointing stage ranging from Feekes 4 to 6.  Wheat stripe rust was up to 60% severity on susceptible varieties (Figure 1).  Barley stripe rust up to 40% severity was observed on susceptible varieties.  Although barley stripe rust was relatively uniform and severe compared to this time of the last year, the severity of wheat stripe rust is normal for this location. 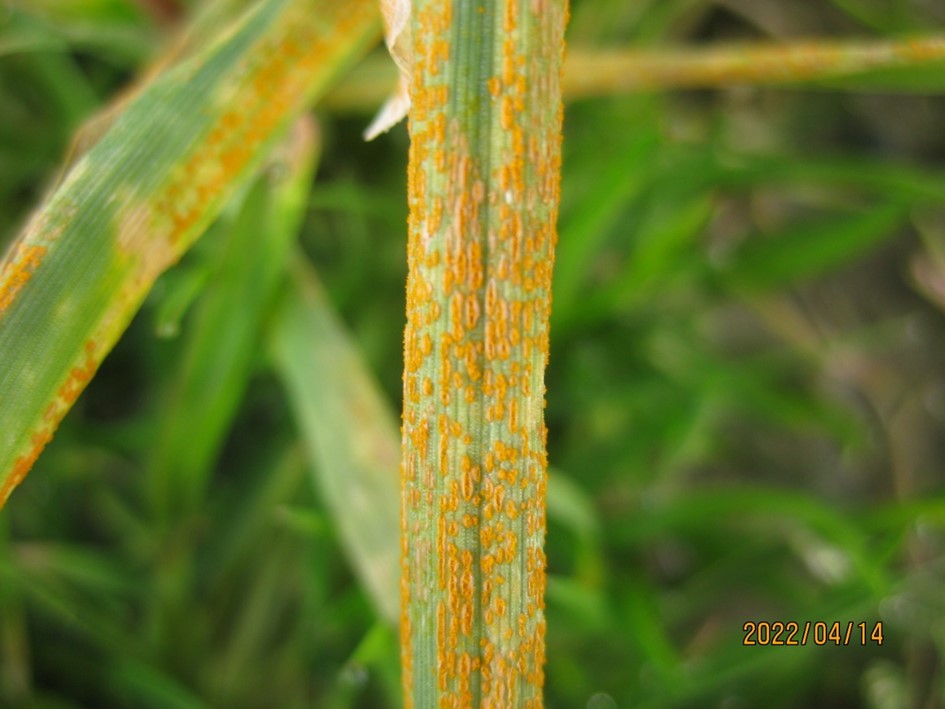 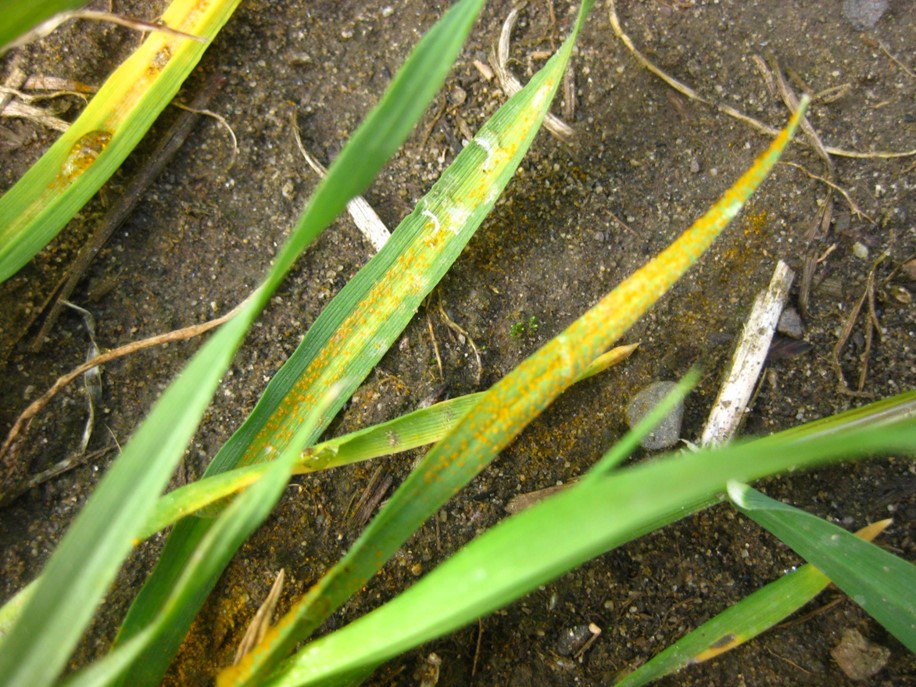 Similarly, stripe rust was observed on wild grasses, but not on wheat plants in our winter wheat nursery and breeding nurseries at Central Ferry, Garfield County, WA on March 30, when we were planting spring cereal nurseries.

As stripe rust pressure is currently low in the eastern PNW, fungicide application is not recommended in the early growth season for winter wheat, unless stripe rust is observed in fields.

In addition to Washington and Oregon, wheat stripe rust has been reported so far in Louisiana and Texas.