The stripe rust season is over for winter wheat and almost over for spring wheat and barley in eastern Pacific Northwest.  We have completed stripe rust data collections in the germplasm nurseries of both winter and spring crops in all locations.  In the experimental fields, we have not seen very odd reactions for commercially grown varieties and genetic stocks.  Resistant varieties are resistant and susceptible ones are susceptible.  Race tests of the wheat stripe rust pathogen from samples collected from the Pacific Northwest (PNW) and other regions have not identified odd races yet, but the testing is still undergoing.  In the middle May, we received a stripe rust sample of wheat line UC1930 from Davis, California.  This wheat carries both Yr5 and Yr15, two important genes that have been effective against all stripe rust races identified so far in the United States.  Fortunately, the Davis sample was identified as a common race and did not attack the Yr5 and Yr15 lines used in the race test.  These genes have been used in many breeding programs to develop highly resistant wheat varieties.  Major such Yr5–Yr15 varieties grown in the PNW are Seahawk [Yr5, Yr15, plus HTAP resistance gene(s)] and Expresso [Yr15, Yr17, plus HTAP resistance gene(s)].  As these genes are highly effective, field grown with Seahawk or Expresso should be clean and fungicide application is not necessary, unless the fields have significantly rust.

Things can be more complicated than expected.  The Davis sample indicates mixture or off-type plants.  Recently, we have found similar situation in the Palouse region.  On July 12, Arron Carter and Kyle Renton found stripe rust in Seahawk plots of a fungicide-testing nursery in Genesee, Idaho.  Yesterday, Kyle and I checked the plots.  Stripes with active rust pustules (Figure 1) were easily seen in the plots, and the rust incidence was about 10-15% and the severity is low (less than 5%).  Mike Pumphrey mentioned that some sources of seed were sold in a mixture of 80% Seahawk and 20% Diva.  Based on the pattern of the rusted and clean plants, the rust is likely due to mixed seeds.  We collected samples and will test them on differentials to see if they really attack Yr5 and Yr15.

Mixed seeds could explain stripe rust in “Seahawk” fields.  For growers who planted Seahawk, it is good to know whether the seeds are a mixture or just Seahawk, as this is related to making decision if fungicide application is needed or not.  We all need to pay attention to potentially new races attacking Yr5 and Yr15.  If you see rust in your fields planted with Seahawk or Expresso, please contact me [Email: xianming.chen@usda.gov, xianming@wsu.edu; Phones: 509-335-8086 (office), 509-432-5852 (cell)] or collect several (3-5) rusting leaves and send to me (Xianming Chen, 2072 ITB, Washington State University, Pullman, WA 99164-6430) for race identification.  Stripe rust samples from other varieties of wheat, barley, or even grasses are also welcome. 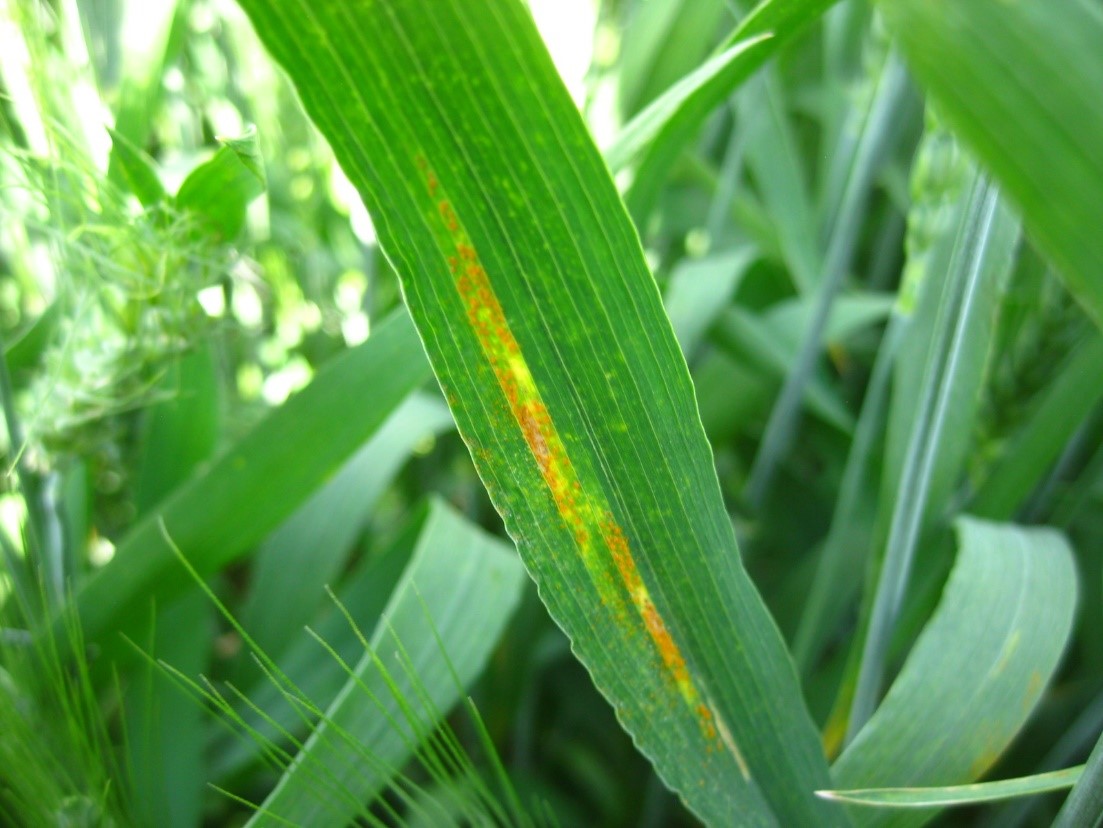